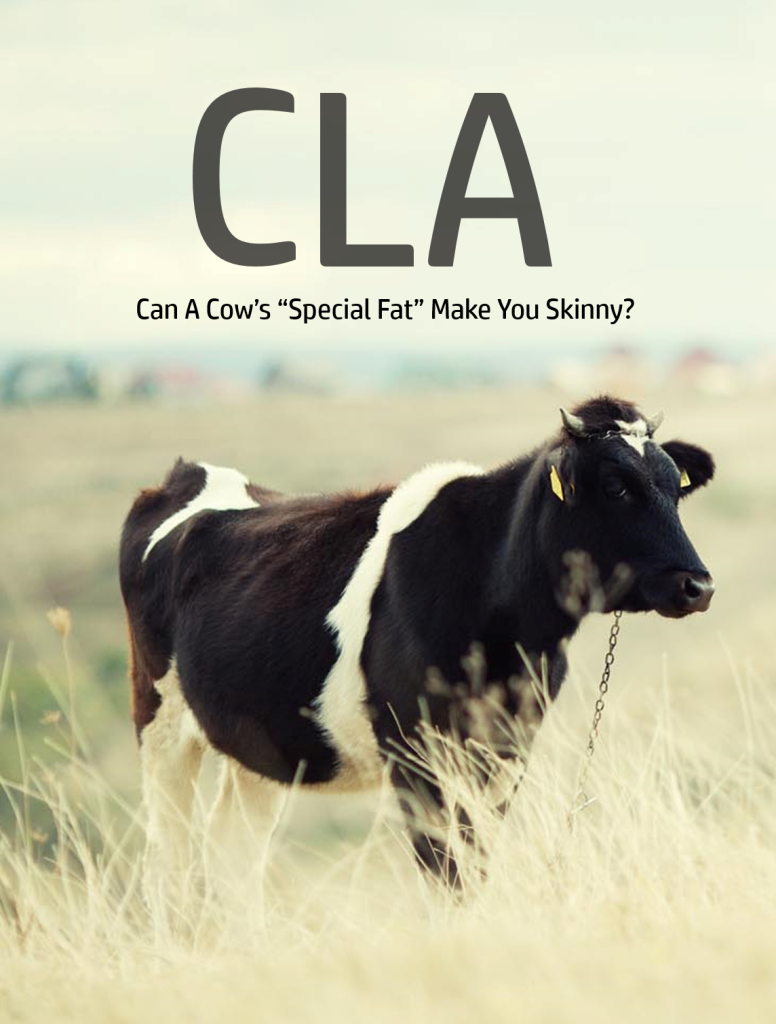 TL;DR: There are more effective ways to improve fat loss rather than waiting for a supplemental fatty acid to do the work for you.

Conjugate Linoleic Acid (CLA) is a naturally occurring trans-fat that is claimed to have fairy dust like properties to reduce body fat in overweight individuals.

What is Conjugate Lineoleic Acid?

CLA is a general term that refers to fatty acids that are similar to lineoleic acid (omega-6). CLA supplements exist in two common isoforms c9t11 (cis-9, trans-11) and t10c12 (trans-10, cis-12). While all isoforms of CLA have been researched in the literature, it appears that the t10c12 isoform appears to be the most bioactive isoform (meaning, we can utilize it better then c9t11).

CLA is widely touted as a fat burner and fat suppressor. When it was initially released in the 1990’s it was marketed exclusively as a fat burner. Research over the past few decades has shown that CLA can aid in fat-loss in overweight individuals. However, not all studies have shown it to be an effective “fat burner”. In fact, the results really are a mixed bag.

For example, in a “hot-off-the press” randomized, double-blinded and placebo-controlled trial with 28 obese women who received 3.2 g/day of CLA or 4 g/day of olive oil (placebo group) while performing an 8-week protocol of aerobic exercise, CLA showed a 1.7% reduction in body fat while the placebo group showed a 1.3% reduction. The difference between CLA and placebo was non-significant, suggesting no fat loss benefit to CLA supplementation (1).

Conversely, another randomized, double-blind placebo controlled trial found that supplementing with 3.4 grams of CLA per day for twelve weeks lead to a 1.73 kg reduction in body fat compared to a 1.47 kg increase in body fat mass (2).

A recent meta-analysis of 15 randomized controlled trials (not including the most recent one above) has shown that long-term supplementation results in a 1.33 kg greater fat loss when compared to placebo (3). This number is not staggering, it is still an improvement suggesting CLA supplementation may be beneficial for fat loss but the effect size is quite small and it may not actually be effective. Additionally, another meta-analysis that included 18 studies found that long-term supplementation of CLA at 3.2 grams per day produces modest fat loss in human (4).

Some of the discrepancies in the research lie in the fact that other aspects of the subject’s diets were not well controlled for. Additionally, the supplementation protocols were not identical (both in the type and amount). There is also the notion of the length of the study, with some evidence suggesting that studies longer than 8 weeks are required to see any effect, as substantiated by the results of the meta-analysis.

However, I think the real answer is a bit more complicated (more to that point in a moment). Let us take a moment and think through the data and draw some conclusions:

I think based on the available data, the most reasonable conclusion to draw is the following: CLA may have very minor effects on fat oxidation that may result in increased fat loss over long periods of time; however, there are likely more effective ways to improve fat loss rather than waiting for a supplemental fatty acid to do the work for you.