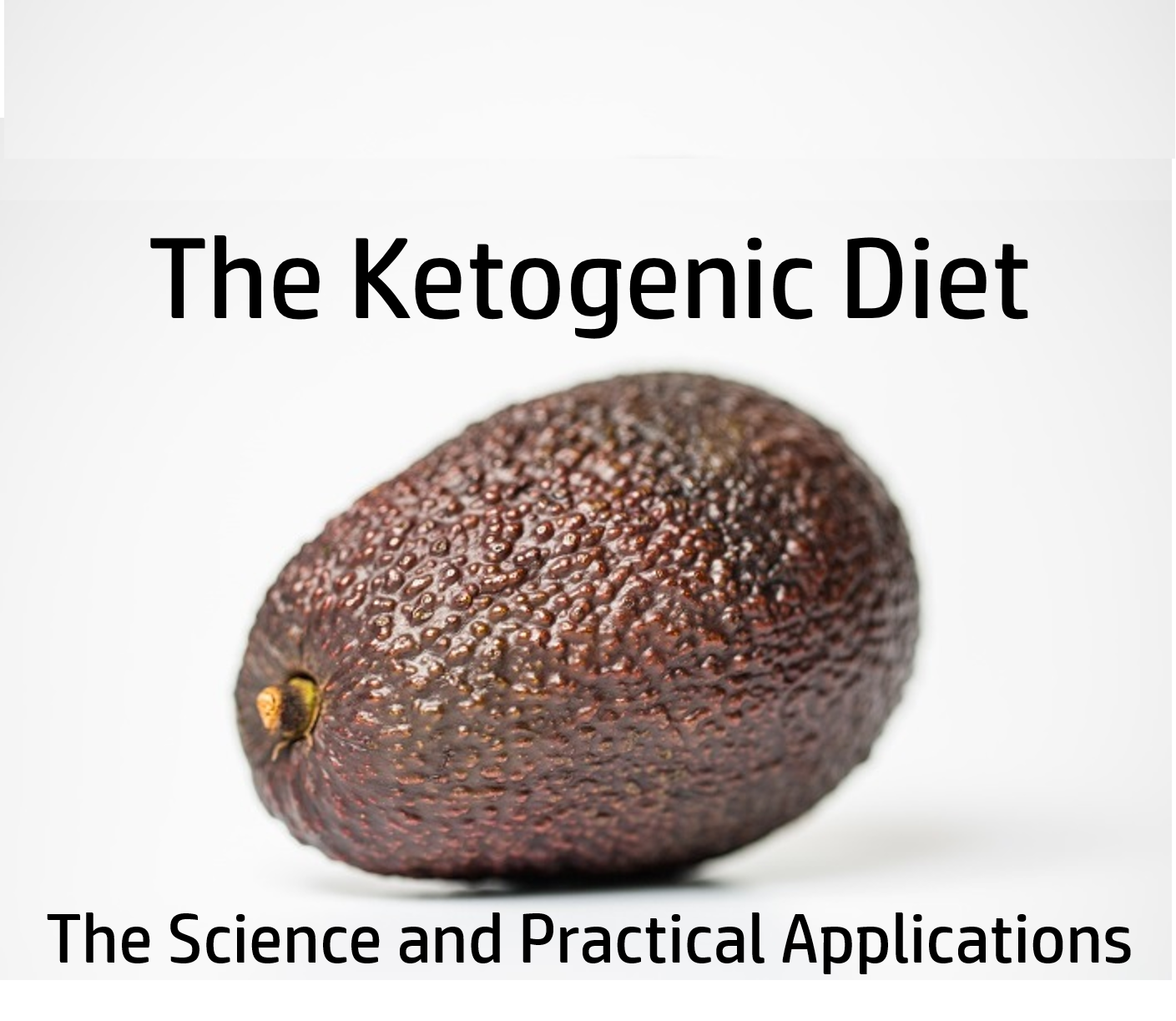 Over the past few decades practitioners and researchers have been searching for the holy grail of macros for fat loss. During that search, the Ketogenic Diet has been extensively studied because it is an interesting tool as it “hacks” an aspect of our physiology.

Is that hack something that conveys additional weight loss benefits?

We dive into the research and talk about the practical applications of ketogenic diets.

Now before we dive in I want to be honest about personal stance and plant a flag in the middle of the open. I am going to be upfront about my stance before you dive into this article so you can gauge my level of bias and take the writing below with whatever level of salt you feel necessary.

I don’t hate the Ketogenic Diet.

What is the Ketogenic Diet?

A full, deep, nuanced discussion of what exactly the ketogenic diet is beyond the scope of this article. However a basic understanding of if is necessary and for those of you who are new to the concept let me break it down quick and dirty (a lot of this is borrowed from our previous article on the same topic)

Ketosis is a metabolic state that occurs when dietary carbohydrates are in such low quantities that your body must rely almost exclusively on fatty acid oxidation and ketone metabolism to produce ATP.

You have tissues in your body that can utilize either carbohydrates or fat and function fairly well (e.g. muscle tissue)*. You also have tissues in your body that use glucose really well but can’t really function on fatty acid metabolism (e.g. your brain). This is part of the reason why regulating blood glucose is pretty important (there are more reasons but lets keep it to the point).

Now when you run out of dietary sources of glucose (e.g. dietary carbohydrates) and your body runs low on its stores of glucose (e.g. muscle and liver glycogen) you body has to find ways to provide fuel to tissues like the brain.  It accomplishes this task by producing ketone bodies that are released into the blood for our brain and other tissues that don’t utilize fat for energy.

The ketogenic diet allows us to survive on no food intake for long periods. When we look at ketosis from a biochemical and physiological standpoint one could argue that the ketosis is essentially a survival strategy/mechanism. I think that is an appropriate way to look at it as it is indeed a survival adaptation and that raises some interesting questions. However, that doesn’t necessarily mean it is a bad thing.

Additionally, to the point of this article, the ketogenic diet allows us to live for long periods of time on virtually no carbohydrate intake. Thus, we can live with insulin levels much lower than normal.

The real crux of the ketogenic diet hangs on the underlying theory of obesity and what is the primary driver of fat storage.

Currently, there are two popular ideas that are viewed to be in direct conflict. The first is the Calories-In-Calorie-Out model of fat mass regulation. The second is the Hormone Model (aka the carbohydrate-insulin model).

The Calories-In-Calories-Out (CICO) theory of fat mass regulation relies on the first law of thermodynamics and treats the body as a bomb calorimeter. It essentially states that body weight, and in essence body fat, is simply an equation of “what you eat” versus “what you expend”.  See the figure below for a graphical summary

The Hormone Theory of Fat Mass Regulation (often called the carbohydrate-insulin theory of obesity) suggests that calories are not what dictate fat mass, it is the hormones in your body, mainly insulin, that predicts it. See below for graphical summary

Let us distill these to theories down to a sentence each:

We are going to be unpacking these and their respective roles in body fat regulation in a future post but for now lets move on.

Both of these models lead to testable predictions, the hallmark of science.

I think it is most appropriate to borrow the words from someone far smarter and well versed on this topic here (Dr. Kevin Hall), “A logical consequence of the carbohydrate-insulin model is that decreasing the proportion of dietary carbohydrate to fat without altering protein or calories will reduce insulin secretion, increase fat mobilization from adipose tissue, and elevate oxidation of circulating free fatty acids. The altered metabolic and endocrine milieu is therefore predicted to relieve the state of cellular internal starvation** resulting in decreased hunger, increased body fat loss and increased energy expenditure. In contrast, a more conventional model asserts that a calorie is a calorie, meaning that isocaloric exchanges between dietary carbohydrate and fat will not substantially influence energy expenditure or body fat”.

Essentially, if the Hormone Theory is right, right lowering carbohydrates and equally increasing fat will have a greater advantage for fat loss; if the CICO model is right then there will be no difference. Graphical summary below

The Hormone Model is, in essence, the whole impetus for the Ketogenic Diet

While there is indeed a rich history of ketogenic diets in research (we will discuss this below), only recently have we seen studies conducted with a high enough level of control to provide enough hard data to answer this question.

Since science is an iterative process and the chronological nature of learning is important let us start with the first study.

The first study was essentially a cross-over design where people were fed either a restrictive carbohydrate diet or a restrictive fat diet for 6 days after 5 days on a  baseline diet.

To summarize the findings from this study, they found that decreasing carb intake did lead to increased fatty acid oxidation and decreased carbohydrate oxidation; however, reducing fat intake led to a slightly bigger loss in body fat than the group that restricted carbohydrates.

To real important finding from this study was that an increase in fatty acid oxidation (one of the measurements that is considered a benefit of the ketogenic diet) doesn’t necessarily result in more fat loss, in fact it may be the opposite.

This study is one of the most tightly controlled and well-designed dietary studies done to date. Metabolic wards, metabolic chambers, DEXA, doubly labeled water, multisite, mutli-investigator, and well done statistics . . . this is the Cadillac of dietary studies.

Briefly, “Seventeen overweight or obese men were admitted to metabolic wards, where they consumed a high-carbohydrate baseline diet (BD) for 4 wk followed by 4 wk of an isocaloric KD with clamped protein”.

I am going to repeat my statement from the introduction. I don’t hate the Ketogenic Diet, the diet is a tool that can be used successfully in some context. It doesn’t make sense to hate a dietary tool.

It can be used appropriately or inappropriately. If you are a practitioner know the scope and circumstances in which you should and should not use this tool

I am going to be completely objective here. There are a host of studies showing that ketogenic diets work for weight loss.

Let me repeat that; YES you can lose weight on a ketogenic diet (we shall discuss this in depth below). But that is not the focal point here.

As stated immediately above the Ketogenic Diet can result in fat loss. The real question is, does the ketogenic diet convey a large or meaningful advantage over other dietary modalities for weight loss?

Based on the data we currently have I believe the answer is no.

From my understanding and knowledge of the literature, the Ketogenic Diet was initially used as a therapeutic agent for difficult to control seizures in pediatric patients.

Brain metabolism different than the metabolism of other organs and it appears that ketone metabolism in the brain conveys a therapeutic benefit in many neurological conditions.

Additionally, there are some pilot studies showing benefit for ketogenic diets in patients with brain tumors (specifically glioblastoma multiforme).

The studies need to be interpreted with the appropriate context because cancer is a multi genotype, multi phenotype, multi metalobic type disease. There is data to show that some tumor types actually can survive and thrive on ketone metabolism (1, 2, 3). Much more research needs to be done in the clinic and at the bench before practitioners start prescribing the ketogenic diet to people with cancer.

The Ketogenic Diet is a nutritional tool that can be used to drive a caloric deficit in people who find the dietary framework agreeable and executable.

It doesn’t seem to convey magical weight loss properties but it can be used in specific contexts for fat loss more effectively when it results in higher adherence.

View it as a tool, employ it in the right situations!

*We also need to stop throwing around phrases like, “The brain/heart prefers ketone bodies over glucose and fatty acids”. Your cells don’t prefer anything. Cellular metabolism is a function of chemistry, set in a biological setting (thus the whole notion biochemistry). Chemistry doesn’t prefer anything, it proceeds “forward” based on specific conditions and certain properties (remember physics>chemistry>biology>physiology with each later phenomena an emergent one from the previous one)

**Cellular Internal Starvation as a theory for driving epistemic hunger and obesity is a loosely held together hypothesis with substantial contradictory data. This will be touched on in future articles