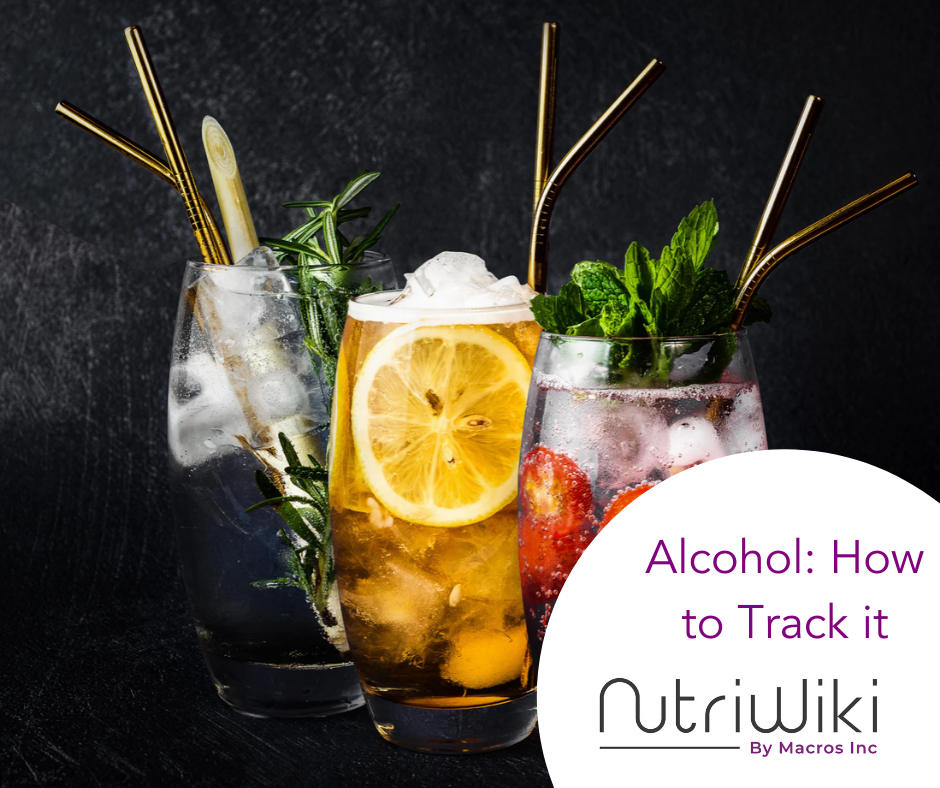 Alcohol is a common component of the human diet. However, it is substantially different from all other macronutrients in that it is not stored by the human body. It can, for all intents and purposes, be considered a macronutrient. This NutriWiki will cover how to view it in the context of your macronutrients.

The body does not have a storage capacity for alcohol and in sufficient quantities can be considered a toxin. As such, your body will preferentially metabolize alcohol over other macronutrients.  Alcohol is considered the fourth macronutrient (after protein, carbs and fat) and has 7 calories per gram, but is harder to track in fitness trackers than other macros.

While alcohol falls within its own category, it is difficult, from a logistics standpoint, to really track it as it’s own macronutrient. As such there are a few different ways to actually track it, but the way generally recommend that it should be tracked is either carbs or fat (or a combination of both), but not as protein.

In general, protein is metabolized substantially differently than carbohydrates or fat. When alcohol is consumed, the body puts the “brakes” on carbohydrate and fat metabolism and prioritizes the metabolism of alcohol, so we can sort of just assign our alcohol to either fat or carbohydrate macros and be relatively close for our tracking purposes.

Here are a few tips on how to track alcohol:

Let’s look at an example of all of these. For this example, let’s say your drink has 200 calories from alcohol in it.

Now, this only pertains to the alcohol in a drink alone. Make sure that you account for the drink calories as well. For example, if you have a rum and Coke mixed drink, make sure you don’t forget to track the 4-6 fluid oz of Coke.