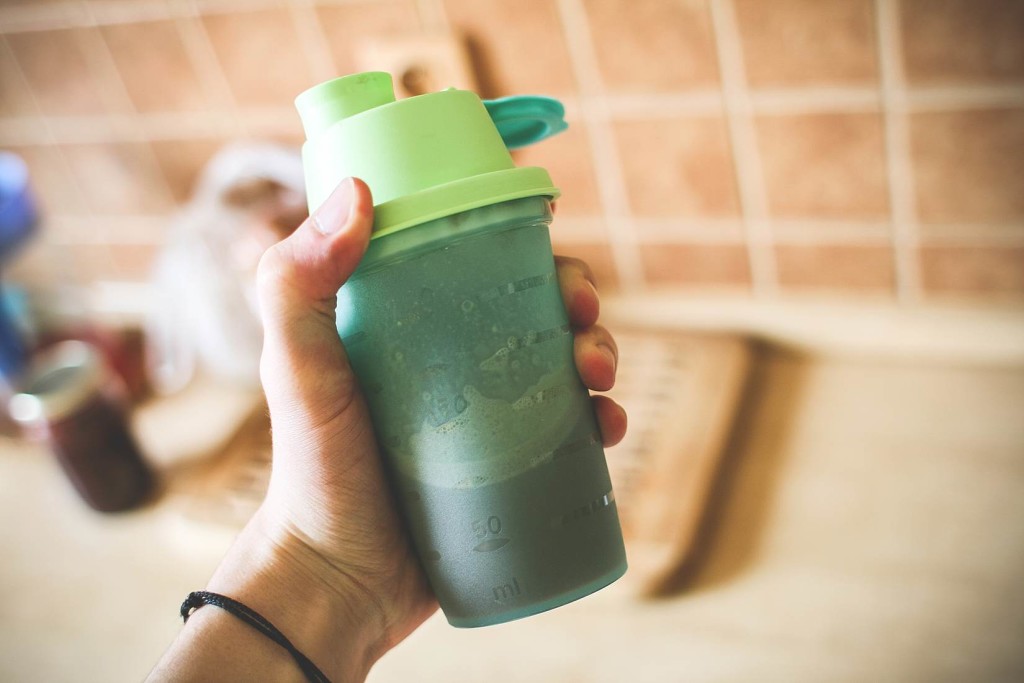 If there is one thing that we all know it is that you have to slam your protein shake immediately following your training to maximize muscle gain.

I mean there are a ton of studies showing that protein supplementation improves muscle protein synthesis, activated mTOR and does a lot of other awesome, muscle-buildy things.

What if we have all been duped? What if that is not the case? Well that is what a recent study is claiming. Apparently, they show that, “Protein supplementation does not alter intramuscular anabolic signaling or endocrine response after resistance exercise in trained men”.

As with all things, the devil really is in the details. Let’s dive in and find out what is really going on in this study.

The study included 10 resistance trained men. They were roughly 25 years old, around 14% body fat, had been training for 7 years, and could back squat around 380lb (these are all means).

To assess the participants 1RM they had them follow standard protocols for the back squat, and leg press.

For the hamstring curls, leg extensions, and calf raises the participants performed a set at a specific weight until failure. 1 RM was then calculated from a formula

All of the intervention trials were done after a 72 hour rest period and after a 10-hour overnight fast. Briefly, participants arrived in the morning, performed a warm up and then performed an exercise regimen that consisted of the exercises in the table below.

The participants took 1 minute rest periods between sets and exercises. Following the training protocol, blood samples were taken immediately following the cessation of exercise and the participants then consumed either placebo or the supplement. Blood was then taken 30, 60, 120, and 300 minutes post exercise.

They also got a needle shoved into their leg at baseline, 60 minutes and 300 minutes after training.

The authors “attempted” to control for diet by givin the participants a standardized low-protein, low-carbohydrate Atkins bar (7 grams protein, 3 grams carbohydrate, 13 grams fat). While this does control for the caloric intake in the morning prior to training, it doesn’t control for overall caloric intake and nutritional status.

The authors did ask the participants to record their food intake the day before the first trial and then replicate it before the second. The authors do not present the nutrition data for the subjects, so we are unable to interpret the results in the context of overall nutrition.  This presents a major limitation to the conclusions we can draw from this study.

The post workout intervention required the participants to consume a protein based beverage containing 20 grams of milk protein, 6 grams of carbohydrates, and 1 gram of fat.

The authors collected blood at the time points in figure 1 ran a host of assays on the blood: Briefly, they measured hemoglobin, lactate, hematocrit, IGF-1, insulin, testosterone, GH, cortisol, myoglobin and lactate dehydrogenase

The authors also took muscle biopsies (see time points in figure) and examined mTOR signaling, IGF-1 Signaling, and p70S6k activity using a multiplex ELISA (something we will talk about in the discussion)

Before we dive into the actual results there is one motif throughout the results. There are enormous variations in each measure which indicates either there were wide variances in the individual responses, in which case the data should be presented as individual data points and not aggregates so it would be possible to see if a few people where driving the wide variations.

The results from this study were essentially null across the entire panel. The post-workout protein supplement had no effect on myoglobin, lactate dehydrogenase, lactate, IGF-1, insulin, testosterone, cortisol, or shifts in plasma volume.

Taking the protein supplement had no appreciable effect on any measures

Oddly, the training did not induce phopsphorylation (surrogate markers of activity) for the IGF-1 receptor, Akt, mTOR or p70S6K. Normally, AKT, mTOR, and p70S6K are increased in response to exercise. The protein supplement also had no effect on these anabolic signals.

The major finding from this study show that protein supplementation has no effect on post exercise intramuscular anabolic signaling. There are several reasons why results from this study need to be interpreted with a lot of caution and we should not draw the conclusion that post workout protein doesn’t help with augmenting muscle growth.

1) When you look at data from a negative trial you need to determine how confident you are that you are detecting a true negative result; essentially, how likely are you to commit a type two error (A type II error occurs when failing to detect an effect) that is present.

One can use power calculations to determine the “power” of the study. Without getting to into the weeds, based on the main focus of the paper (I am choosing mTOR activity), the given sample size, the data in the paper, and traditional levels of confidence, we can only be about 5% certain they did not commit a type II error.  We would need around 9800 participants to detect a true null result given the current data.

2) The variations in the data are what lead to the issue in point one. Given my extensive background in lab work the variations present in the data give me pause. Multiplex ELISA’s were used in this paper to quantify mTOR activity, which are typically more quantitative an accurate than Western Blots, yet previous papers using Western blots have shown lower variances in quantifying mTOR activity (cite). Previous work using the same multiplex ELISAs have shown similarly wide variances; this greatly puzzles me (cite).*

3) It is highly plausible that the low amount of protein and calories in the supplement did not reach the minimal threshold for augmenting intramuscular anabolic signals, especially given the highly trained population.  The authors mention this in their discussion, mentioning that previous work has indicated that 0.24g/kg is needed to maximally stimulate muscle protein synthesis and the current study only had 0.22 g/kg. Also, the supplement leucine content was dosed below what is normally considered an effect dose

Another aspect of the research we really need to consider is the recent meta-analysis conduced by Dr. Brad Schoenfeld, Alan Aragon, and James Krieger. In their study they showed that the the post workout window is actually quite flexible and that post workout nutrition should be viewed as a part of your entire diet and not as an isolated piece of the equation.

My major conclusions from this paper would be the following: in trained individuals, consuming small amounts of protein based supplements are likely not going to have appreciable effect on intramuscular anabolic signaling pathways when training at moderate intensities.  Higher protein and higher calorie intakes might have a better effect and training harder might also have different results.

*This is not a critique of the lab who conducted the work as the data is likely valid and reproducible (they have low COV’s presented in the paper). These variances are observed across several papers, indicating it is a real phenomenon of the data but it is still puzzling. It highlights the perils of lab assays and the disparate results between measuring methodologies (i.e. Western Blot versus ELISA)