Caloric Restriction: The Key to a Long Life? 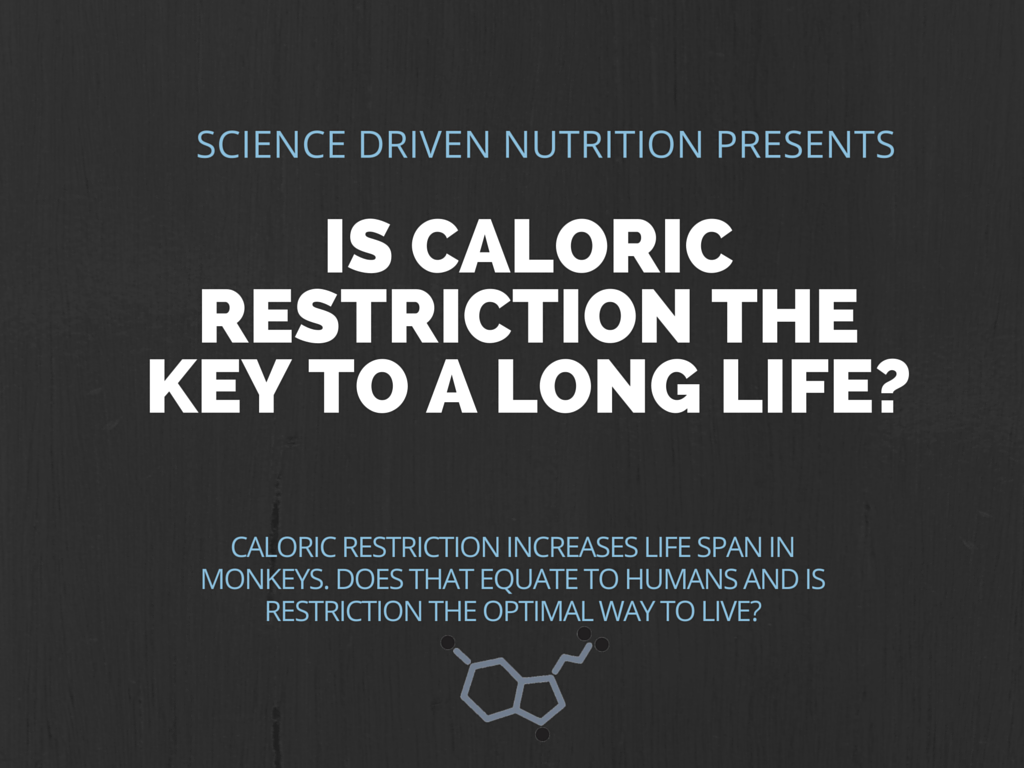 Several research groups have looked at whether caloric restriction improves longevity. For decades, the research was confined to drosphila (fly) and rodent models.

While these model organisms can provide interesting insight, drosphilia and humans have drastically different metabolisms and gene expression regulation. Their response to fasting is often much different than humans.

Recently, caloric restriction has been shown to reduce all cause mortality in closer relatives, the rhesus monkey. While the data is compelling (we will get to that in a bit), we need to be careful and think about the implications in humans

The animals were evenly matched and randomized to control or calorie restricted (CR) diets taking. Each animal go an individualized food plan that was calculated on the basis of daily food intake data that had been collected for each animal over a 3–6-month period before the start of this study.

Once animals were assigned to either control or CR group, each CR animal’s individually determined baseline intake was reduced by 10% per month over a 3-month period to reach the desired 30% restriction.

“As part of the study design, animals were treated for presenting conditions.For example, diabetics receive insulin sensitizers or insulin, animals with diverticulosis receive fibre supplements and females with endometriosis were treated with hormone suppression.” This is important as it replicates the current human environment with a majority of people having some health condition

It is of utmost importance to note that the caloric restriction started during adulthood, not at the time of birth.

The authors recorded all-cause mortality and conducted a survival analysis looking at age-related causes of death*.

For deaths that were not age-related, the authors censored the deaths yet their age was still used as the time variable in the equation.

As non-age related deaths directly compete with the age-related deaths (if you die young you can’t die old) the authors appropriately conducted a competing risk analysis.

One caveat to note from this is that you can see from the survival curves that more monkeys died in the CR group during the first 10 years. At the end of the study, 8 control monkeys and 16 CR  monkeys died of non-age related causes.

While this may not make a difference in the conclusion, I think the age-related effect might be smaller than the 24 compared to 10.

However, when the competing risk analysis was run, the authors found no difference between the controls and the CR group for non-age-related deaths, but the age-related death causes remained different.**

The null study found from the NIA was an early onset CR model, not an adult-onset one. This led to the monkeys in the other study weighing less and having shorter life expectancies and the CR monkeys in the current, adult-onset model.

This is an important distinction I think as it begins to highlight the differing response to nutrition through different stages of life (i.e. development versus adulthood)

Expanding the idea of using caloric restriction to increase longevity to more representative human models is a step forward in determining whether it is a viable option for extending the human life span.

Here are some things to think about regarding caloric restriction.

Caloric restriction does not equal starving. In this study a 30% reduction throughough adult-hood was enough to improve survival. This would equate to a human who normally consumes 3000 calories a day to consume about 2100.

We have ZERO data reported on the other physical and mental health parameters. It is entirely possible that the caloric restriction greatly reduce quality of life. Currently, we don’t know.

So the question of, “Is caloric restriction the key to a long life” still remains. The data suggests that it is possible; but is a life lived in restriction optimal or worth living? That debate remains open.