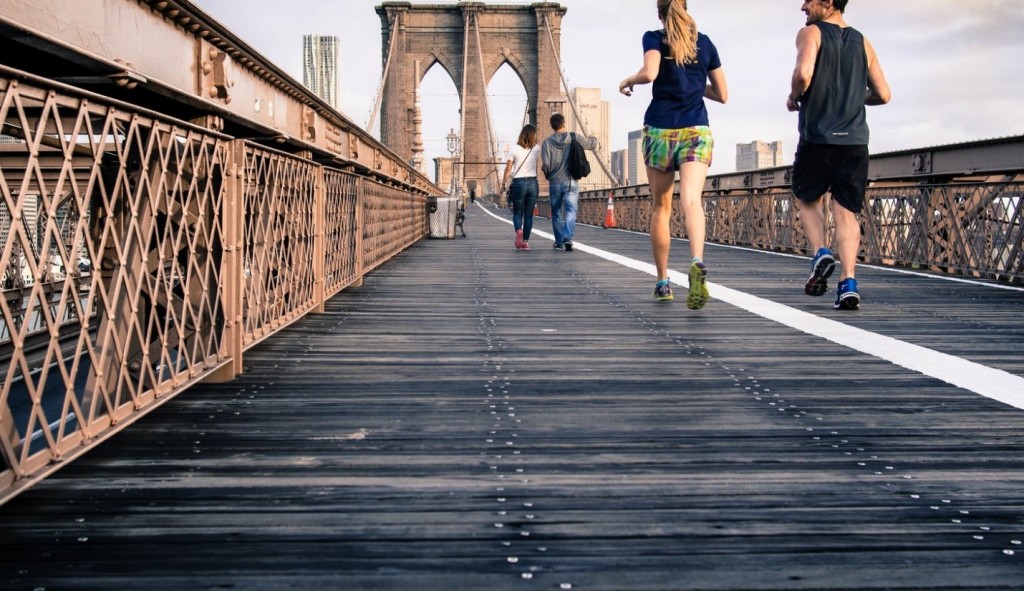 A seminal study performed in the 1990’s showed that as we increase exercise intensity blood glucose and muscle glycogen (aka carbs) are primary fuels used during higher intensity exercise and fat utilization begins to decline (1).

What is interesting though is that when you engage in exercise you get an increase in free fatty acids, meaning you probably use more fat as well.

Recently, a research group wanted to see if that exercise induced increase in fat was necessary or if your body really just needed the carbs to perform at a high level.

The scientists conducted a study where they prevented exercise induced lipolysis using nicotinic acid (NA) and looked at performance, blood metabolites, and substrate utilization to see what role carbs and fat play in higher intensity exercise.

The authors recruited 12 competitive male runners who had completed a half-marathon within the previous six months. The participant characteristics were: 31 ± 5 years old, weighed roughly 71 ± 5.5 kg, had a VO2 max of 64 ± 3.4 ml/kg/min.

The participants first underwent a familiarization protocol (see paper for full description). Briefly, the participants came in and ran 10km on a treadmill at a speed that was 95% of their best half-marathon time (obtained within last 6 months) on a 1% gradient. They recorded expired gas at 15 and 30 minutes, and the participants were also given a carbohydrate gel and placebo capsules (so they could get used to taking pills while running).

During the actual experiment each participant came in and performed 4 trials (in a randomized, latin square design) in which they were to running until volitional fatigue (basically I can’t run that fast anymore) at a speed 95% of their best half-marathon time. Each trial was 10-14 days apart and they received one of the following “treatments” (See Figure 1).

During the trial the participants, “Isotonic CHO [carbohydrate] or PLC [placebo] gels and NA or PLC capsules were administered every 25 min and 30 min, respectively. Water was consumed ad libitum and the total volume consumed throughout each trial measured.”

I have summed up the protocol in the following figure (Figure 2).

How Far Can You Run?

The authors found small, non-significant differences (p=0.067) in the distances run by each trial such that CFED>CFED-NA>FAST>FAST-NA. (Figure 4 A)

There was a lot of data in the paper about blood metabolites but I am going to focus on some of the key pieces of data.

The NA suppressed lipolysis and prevented the “normal” exercise-induced increase in free fatty acid concentrations in the blood in both the CFED-NA and FAST-NA trial. Additionally, only the FAST trial showed marked increases in glycerol during the trial. As glycerol shows up in the blood after a fatty acid is “cleaved” from the glycerol backbone, this data shows that was effective in reducing the “availability” of fat for fuel via increased lipolysis (Figure 4 B).

In all 4 of the trials, glucose concentrations increased until 40 minutes of exercised and then maintained a stable level until the end of the trial.

Now the lactate data is rather interesting in that you see a rapid increased in lactate after 20 minutes of training in all groups (but FAST was lower than the other ones), but in those trials where NA was administered blood lactate began to drop during exercise.

Now to the big point of the paper… when running at a relatively fast pace, do you use mostly carbs or fat for fuel (also the subject of a recent Volek paper).

Also, there was no difference in the respiratory quotient between the CFED and the CFED-NA group.

This study was the first to show that when you suppress lipolysis and the exercise induced increase in fatty acid availability that you do not hamper running capacity and that fat oxidation at 80% of VO2 max contributes minimally (if at all) towards performance or energy expenditure.

Now this paper provides some substantial insights into questions of fat and carbohydrate oxidation, but the paper needs to be taken with the full context. The athletes were performing at a fairly high intensity and for quite a long amount of time (~80-90 minutes). Which, these higher intensities (≥ 75%) are commonly scene amongst athletes competing at a very high (professional and/or elite) level (e.g., running a sub 2 hr marathon athletes when competing  (2, 3). However, from the current data, we can’t rule out that fat oxidation contributes to a substantial amount of energy expenditure at lower intensity and longer duration training.

Another important aspect of the study is that blunting the fatty acid availability with FA was offset by an equal increase in CHO, showing that the fatty acid contribution to exercise can be replaced by carbohydrate.

The main take home is that it does appear that CHO is really the “required” fuel for high intensity work and fatty acids are not necessary and “expendable” for people training at higher levels.